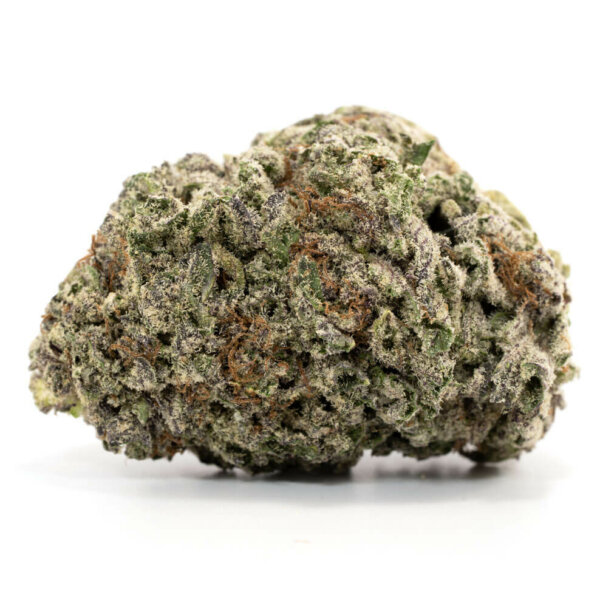 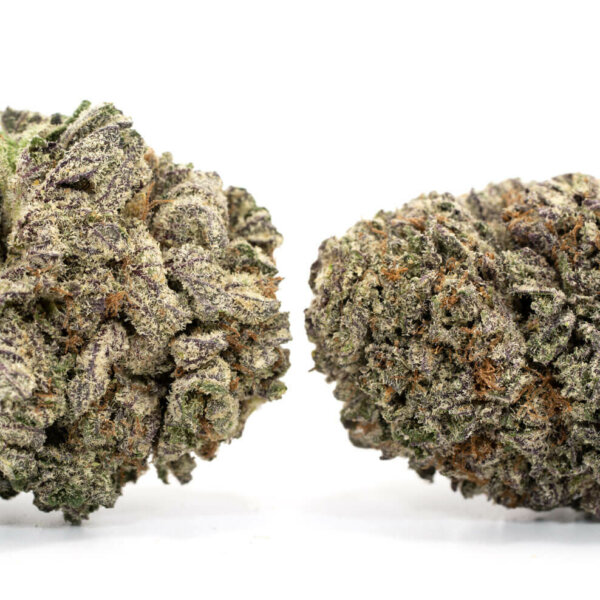 Depending on how old you are, the name Blackwater may elicit some memories. It may bring back memories of a sinister (now renamed) American military contractor for older folks. Others may think of the epic battle in HBO’s Game of Thrones. Either way, the Blackwater indica-dominant hybrid cannabis strain is far more laid-back.

90% indica, Blackwater is the byproduct of cross-breeding two legendary Californian strains – Mendocino Purps and San Fernando Valley OG Kush. The effects are dreamy. It won’t take long to feel like you’re floating on a cloud of absolute relaxation! Prepare to feel your pain, stress, and soreness disappear. With strong genetics like these, it’s no wonder if placed third for Best Indica in the 2014 Cannabis Cup!

The appearance of Blackwater is characteristically indica. The buds are chunky with densely-packed curly leaves. The flowers are dark green with some phenotypes showcasing pops of purple. This trait likely comes from its Mendocino Purps genetics. The large, colourful buds have a considerable coating of trichomes. This thick layer makes them hard to break apart by hand.

The smell of Blackwater is as delicious as it is enchanting! But, it’s particularly strong. Trust us when we say that this strain’s aroma refuses to be ignored. Blackwater smells earthy with hints of sweet grape. Once you catch of whiff of its seductive scent, you’ll want more! This strain also releases notes of lemon and pine. When burnt, Blackwater releases an incense-like smoke that’s smooth for an indica.

The taste of Blackwater is as charming and tantalizing as its smell. It’ll be love at first puff! This indica-dominant hybrid tastes of earthy berry mixed with lemon and pine. The taste is pungent on the exhale. It will likely leave a sweet and sour note on your tongue.

There is no denying that Blackwater is a strain best suited for a cozy night in. It has sedating effects and produces a powerful body high.

In other words, it’s not a strain for venturing out into the world. While the high may come on slowly, you shouldn’t underestimate the power of Blackwater!

There are some cerebral effects, such as uplifted mood and euphoria. Yet, the strain’s primary effects are physical. Users can expect a dreamy high. Its relaxing properties make it perfect for enjoying a movie marathon or unwinding. The intensity of the body high will depend on how much of this strain you consume.

Blackwater’s medical applications are diverse. Its powerful body high makes it popular for all aches and pains. It can also relieve some of the negative side effects of chemotherapy. This strain is also great for treating muscle spasms and migraines. Blackwater is also helpful for stress-related conditions like anxiety and PTSD. It can help temporarily reduce worries and concerns. In large doses, Blackwater can also induce sleep for treating insomnia.

It is important to note that the high from Blackwater lasts longer than average. This strain has the reputation of being a potent indica even for experienced tokers with a higher THC tolerance.