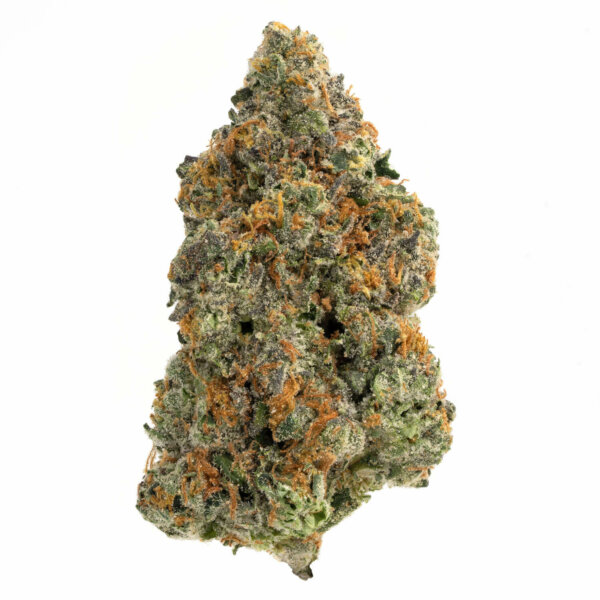 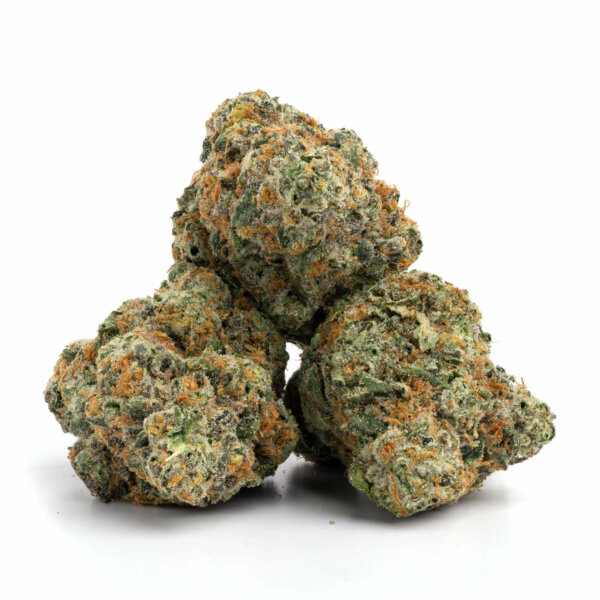 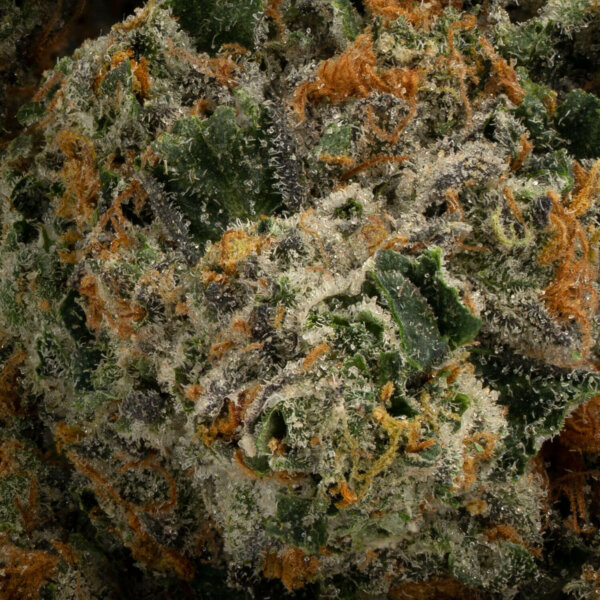 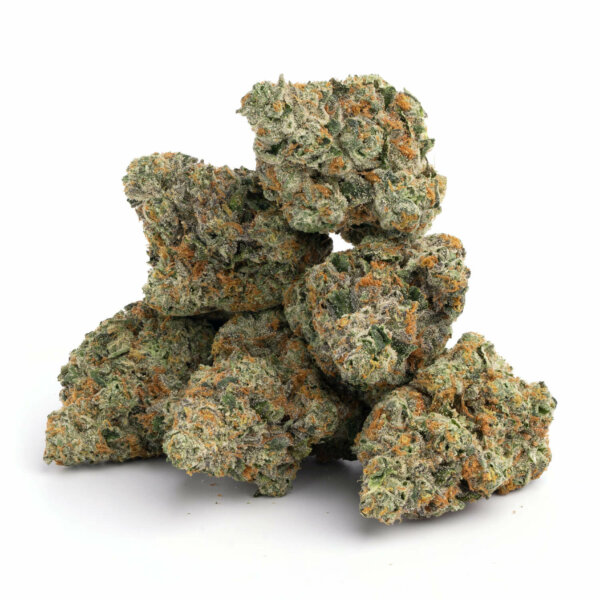 A craft cannabis strain of Canadian origin, Bonkers is the hybridized brainchild of the British Columbia-based Next Generation Seed Company. Originally engineered to thrive outdoors in BC’s wet and temperature rainforest climate, Bonkers combines Grapefruit, Burmese, Purple Indica and ruderalis to create a strain that’s as powerful as it is hardy. Offering 20% THC on average, the Bonkers strain will relax your body, relieve your stress and drive you bonkers!

Bonkers is truly a mixing pot of strains. Combining four varieties together, the Next Generation Seed Company sought to create a strain that could endure the wet and rainy BC climate. As a result, its aroma is incredibly similar to fruits and plants you might find in the Pacific North West. Bonkers has a light lemon and citrus aroma with a touch of nuttiness and creaminess. Open the buds, and you’ll be surprised to find that this strain also packs a hint of fresh pine, too!

Bonkers is big in the flavour department – you’ve got to be when you’re carrying the genetics of four different strains! Similar to its aroma, this strain has a creamy citrus flavour that isn’t too far away from resembling a lemon meringue pie. On the exhale, you’ll taste notes of cream and cookies with just a touch of pine. It’s hard to the flavour of this blend accurately so if you’re curious, it’s best to experience it for yourself!

To survive in BC’s temperate rainforest, you need to be prepared. By combining four varieties of weed together, Bonkers takes on an oversized appearance with conical nugs that are almost as big as a pinecone! The buds themselves are dusty green and have thin-orange pistils popping up from beneath the surface to give it some visual contrast. To complete the look, a thick coating of silver-white trichomes dusts the surface while also providing this train with its intense THC content.

Bonkers, as its name suggests, will drive you bonkers! While it won’t make you actually crazy, you will go crazy over its blend of hard-hitting effects! Beginning with a cerebral high that takes hold with the first puff, this craft cannabis provides its users with a sky-high euphoria that’ll leave them filled to the brim with happiness. You’ll feel your stress, anxiety and worries melt away in an instant with Bonkers fast-acting high. At the same time, you’ll also feel your limbs get heavier and heavier until you’re sedated into a couchlock state. While these effects make Bonkers perfect for treating depression, stress, nausea and insomnia, you might not want to take this strain too early if you have a busy day ahead of you!