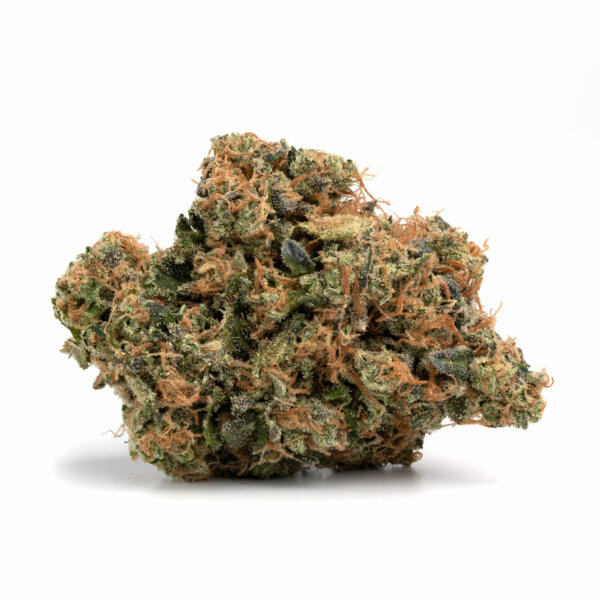 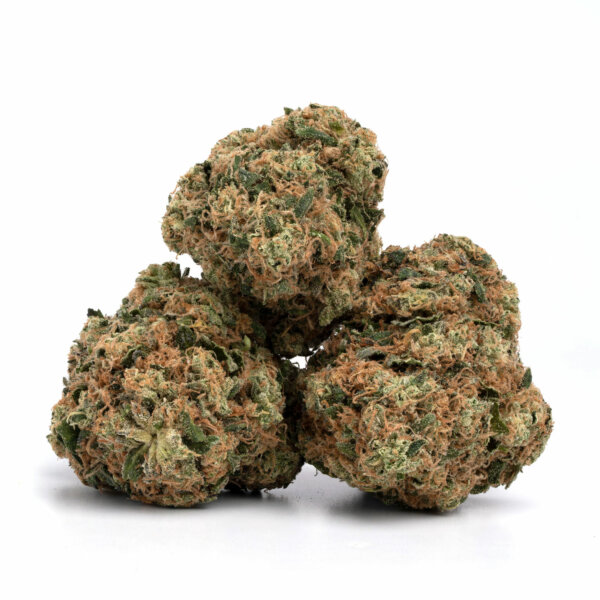 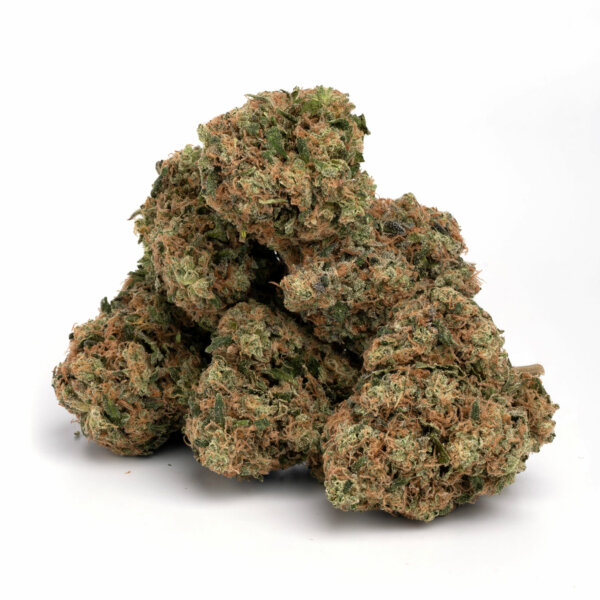 Moby Dick is a whale of a strain! It is a potent sativa-dominant hybrid. Its name comes from its massive yields, which sometimes can reach 1,500 grams per square meter. Talk about tenacity! Moby Dick was originally created in Amsterdam by Dinafem Seeds. It’s a mixture of parent strains White Widow and Haze.

Moby Dick is also powerfully potent. Its THC concentration ranges from 21 to 27%. These high levels make its effects highly psychoactive. For this reason, it’s best to work up to this strain for beginners.

If you’re an intermediate to expert toker, Moby Dick is a hybrid that’s always up for a good time!

Moby Dick has a classic look in the best possible way! Its buds are thick and vary in shades of light, medium and dark green. Bright orange pistils poke out from amongst the leaves. The leaves are coated in massive crystals and trichomes. This layer is to thank for its high THC content!

Its aesthetics may not be the most original. But this strain more than makes up for that in fragrance and flavour! Moby Dick has a distinct scent that’s full of citrus tones. In addition, it has a sweet, earthy scent that will fill up any room. So, if you want to hide your high, you’ve been warned! Moby Dick has a mouthwatering aroma and unforgettable fragrance that won’t be ignored.

In terms of flavour, this sativa-dominant hybrid tastes as it smells. This strain sends shocks of sour lemon flavours. This zest will tickle your tongue on the inhale. Following that, the taste will slowly transform into a sweet and earthy flavour. These flavours will stick to the inside of your mouth, but you won’t be complaining! Finally, on the exhale, users can expect Moby Dick to have a lingering pine taste. It almost borders on lemony and sweet.

If you want to boost your mood and indulge in a burst of energy, this bud is for you! Tokers love this strain for its feel-good effects. Moby Dick induces a sense of positivity. Users also appreciate it for its infectious surge of energy. It will make you feel creative and productive.

At first, the Moby Dick high will make you feel light and euphoric, like you’re ready to take on the world! Say goodbye to stress and bad moods after just a couple of puffs. This will easily put a big fat smile on your face. You’ll also loosen up, likely cave into a case of the giggles, and feel your worries wash away. These traits make Moby Dick an awesome social strain. That said, be sure to have some snacks on site! Moby Dick will likely bring on a case of the munchies. What’s great about this strain is that it will make you feel energized and relaxed at the same time! So, you can be productive or creative without feeling too sedated.

Moby Dick is also a solid medical strain. Its upbeat effects can help symptoms of depression, stress and anxiety. Since it brings on the munchies, this strain can also help with appetite loss. Its energizing properties can also combat fatigue. The physical effects may also ease mild aches and pains.