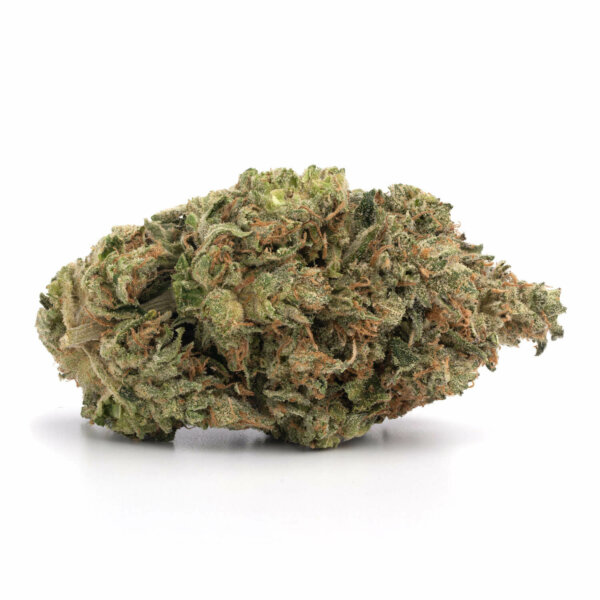 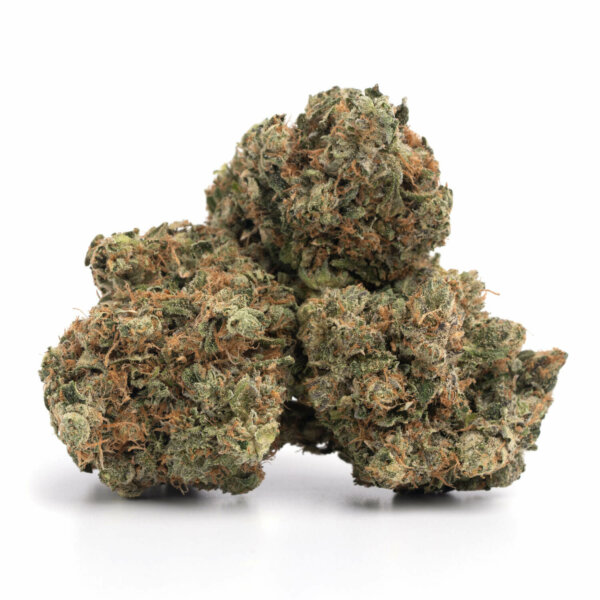 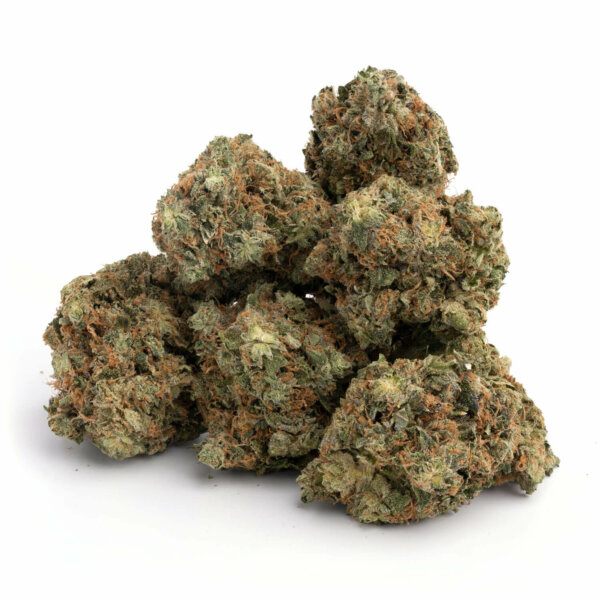 King Kush, a.k.a. King’s Kush, is an almost perfect Indica strain composed of 90%-10% Indica-sativa genetics. Created by the OG cannabis company Green House Seeds, King Kush is the offspring of two well-known powerhouses, OG Kush and Grape Ape. As you can imagine, this strain is one powerful bud, and it’s not recommended for first-time smokers or those with a low tolerance. After all, the strain has a staggering THC level, reaching up to 27%.

King Kush gets its name from both its parent strains, as well as its royal appearance. Truly, this strain looks fit for a king or queen, with its deep green buds and purple hues. If you entered a museum and saw King Kush on display, you might mistake it for a work of art. But make no mistake, this strain is all business when it comes to its effects.

An escape for recreational smokers, and a medical dream for MMJ patients, this strain is the perfect, all-around Indica strain! If you can handle its potency, King Kush is an excellent choice for any smoker looking for a relaxing high. Of course, it’s nothing like your morning cup of joe, but it’ll certainly get you going!

Get your gas mask on because blazing up a King Kush doobie will fill the room with an incredibly pungent smell- definitely not something you’d want to smoke discreetly! As soon as you open the jar, you’ll be hit with the unmistakable aroma of OG Kush, with its earthy, diesel-like scent. There’s also a touch of fruity sweetness from the Grape Ape parentage, which makes for a pleasant and well-rounded smell. All in all, it’s an incredibly dank bud that smokers will love.

King Kush has a flavor to match its potent smell. Undoubtedly, it has a spicy grape flavor, owing to its Grape Ape heritage. However, some users report tasting tangy and lavender-like undertones. Besides, you’ll get a hint of diesel on the exhale, which may lead to coughing. So, go easy on this one, or you may end up hacking up a lung.

As we mentioned before, King Kush is a stunning strain that’s all about royalty. Its deep green buds and minty nugs are covered in purple hues, and it’s absolutely gorgeous to look at. But its beauty isn’t just skin deep; it also has a high trichome coverage with bright orange pistils all over. In other words, this strain is not only pretty, but it’s also incredibly potent.

King Kush has a reputation for being one of the heaviest Indica strains around, and for good reason. The effects of this strain are not immediate, usually takes about 15-20 minutes to show up, but once it hits you, it hits you hard. You’ll start to feel a sense of relaxation spreading throughout your body, followed by couchlock and sedation. As your muscles start to loosen, your mind will begin to drift off into a hazy bliss.

Contrastingly, some users report the opposite effect, where instead of feeling sleepy, their minds feel stimulated and even psychedelic. But who’s to say! After all, different people react to strains differently. Moreover, the dosage also plays a role in how you’ll feel. So, if you’re looking to explore the effects of King Kush, start with a small dose and work your way up.

Perhaps, you’ll feel a tad of cerebral effects in small doses. But take a few more puffs and give it some time, and you’ll find yourself lost in the land of deep relaxation with no way out! That’s one of the main reasons why King Kush is a hit among medical cannabis patients. It’s perfect for those suffering from pain, insomnia, anorexia, cramps, anxiety, nausea, Parkinson’s disease, and stress.

“It’s called King for a reason,” “Put me into the best sleep of my life,” “Devilishly stunning,” “An Indica-lovers dream” – these are just some of the things people have had to say about the King Kush strain. If you’re looking for an Indica that’ll leave you feeling like a king or queen, look no further than King Kush!