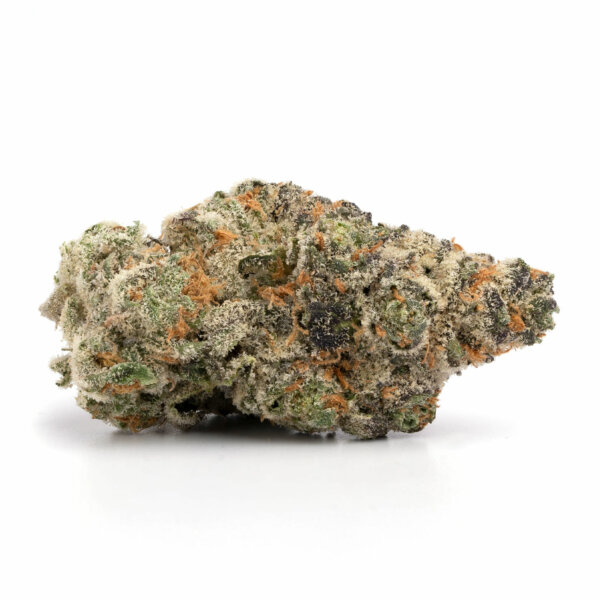 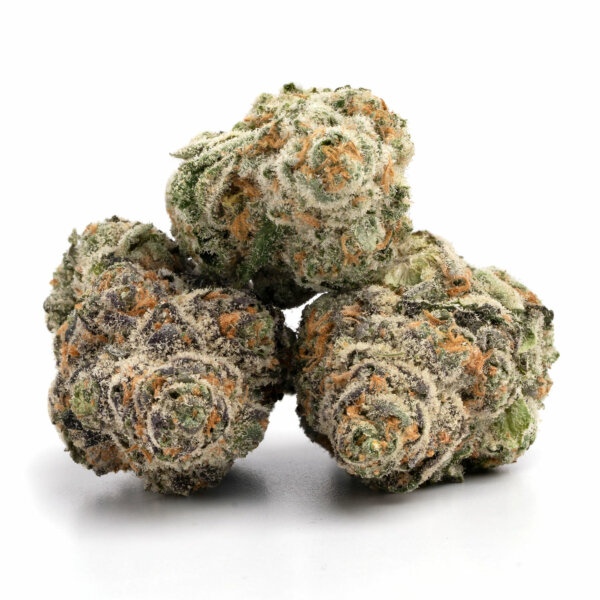 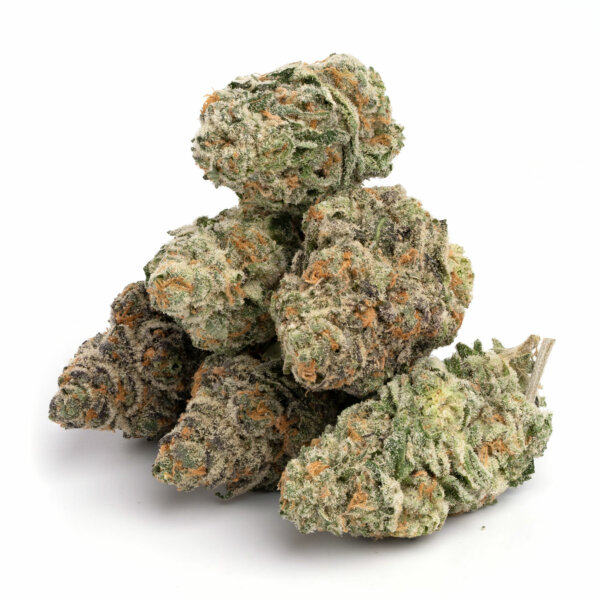 Regular gelato has got nothing on the Gelato weed strain! This sweet sensation is a slightly indica-leaning hybrid created by San Francisco’s Cookie Fam Genetics. It’s a hybrid of Thin Mint, Girl Scout Cookies and fruity indica Sunset Sherbert. This strain is sometimes also referred to as Larry Bird. However, it relates more to the NBA legend’s jersey number, 33. This nickname is the result of the various phenotypes of Gelato released by Cookie Fam Genetics. One, in particular, is numbered 33, which is how it became associated with Larry Bird.

Users love this strain for its well-balanced euphoric yet laidback effects. Not only that but with a name like Gelato, you know that it’s got a flavour that will knock your socks off! With a THC concentration between 20-25%, toking on Gelato is a sweet treat in more ways than one!

It takes just one glance at this bud to fall in love! Gelato’s buds are a bit on the smaller side. However, they have a thick and dense structure that is indicative of many indica variants.

Poking out between the buds of Gelato are bright orange pistils that provide a captivating contrast to the forest green leaves. Shades of deep purple further accent its visual allure. While the buds are still sticky, short stalks on the trichomes mean that Gelato has a less frosty appearance than other strains.

When properly cured, the Gelato flowers have a pungently sweet smell of citrus, thanks to its parent strain Sunset Sherbert. The sweetness of the aroma comes from Gelato’s other parent strain, Thin Mint Girl Scout Cookies. Some users may also detect notes of yeast and dough, as well. However, when ground in a weed grinder or broken apart by hand, the flowers release more herbal, earthy aromas.

Keep in mind, though, that Gelato has a particularly pungent smell. So, if you’re looking to hide your high, you’ll need to be extra cautious.

As the name implies, Gelato smoke is thick yet deliciously smooth! It leaves a soft and creamy sensation in its wake. This strain’s flavour is very distinct and arguably its greatest strength. It has a universally loved flavour! Gelato has a taste similar to a sweet sherbet, with fruity blueberry and orange flavours. The hints of berry and citrus linger into the aftertaste.

The Gelato high doesn’t waste any time and will likely hit quickly! The most abrupt effect is an altered sense of perception. This sensation may seem a little freaky, but don’t worry! You’ll soon adapt to your newly enhanced environment.

Gelato is a feel-good strain that’s excellent for social settings and group seshes. Its uplifting effects make for a happy buzz that stimulates creativity. Following the euphoric headrush is a solid body buzz. However, Gelato is a well-balanced hybrid. So, while the indica genetics supply a relaxing body high, it’s not enough to elicit a case of couchlock.

Some users also claim that this strain has almost trippy effects. It may prompt sound sensitivity and time dilation. The floaty sensations are pleasant and enjoyable while still allowing users to keep their wits about them. These qualities make Gelato an excellent strain for sparking up in the daytime or early evening.

Medically speaking, Gelato is excellent for treating chronic aches and pains with its potent numbing effects. Some tokers also use it to medicate for headaches and migraines. The uplifting euphoria of Gelato also makes it great for temporary relief from stress, anxiety, depression and PTSD symptoms.

As we’ve said, Gelato is a particularly potent strain. Novice blazers and users sensitive to THC should start low and go slow when dosing with this strain.