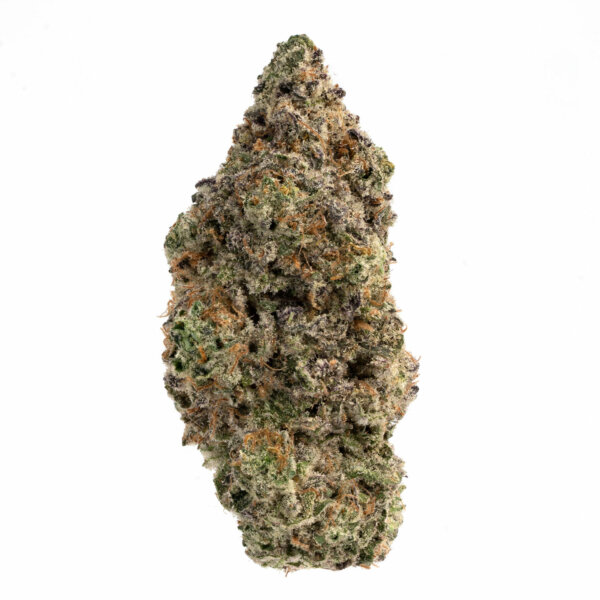 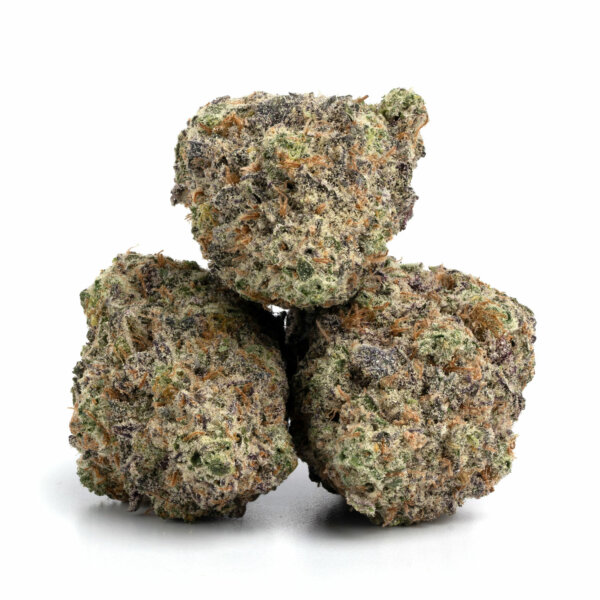 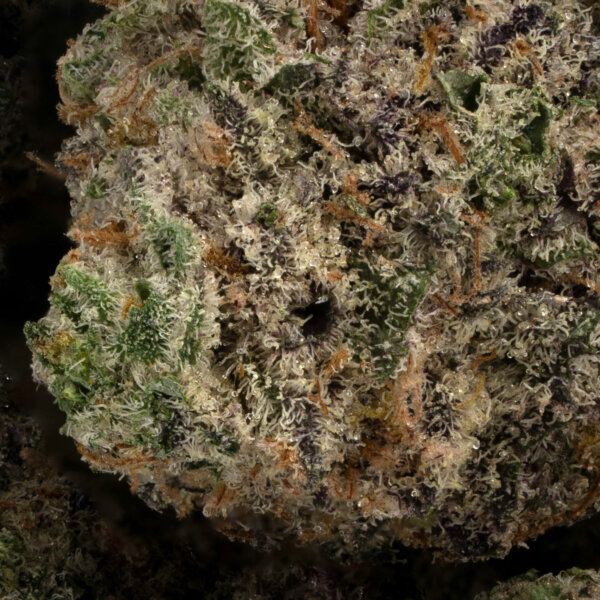 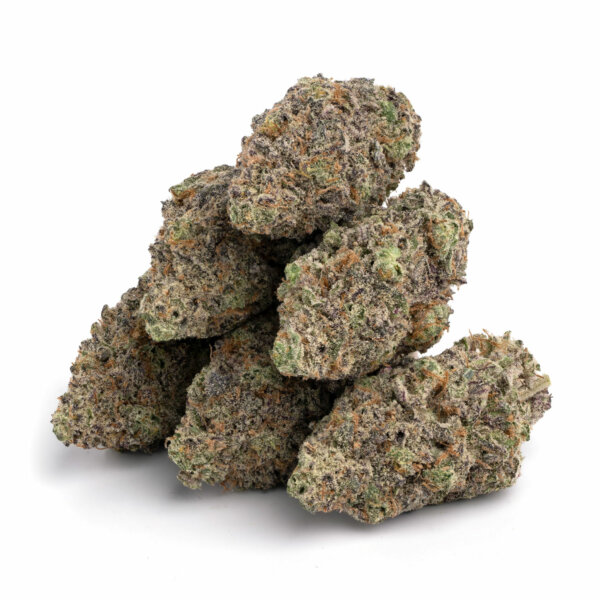 Pink Runtz is here to shake things up. Named after the colourful fruit candy of the same name, this balanced hybrid is trendy for many reasons. A cross between the two sweet strains of Gelato and Zkittlez, Pink Runtz inherits much from its parents. Featuring a sweet, candy-like flavour and an intense yet stimulating mind and body high, Pink Runtz is all you need for a dangerously sweet time!

Pink Runtz, like the candy that it’s named after, has a pebble-like appearance. Its buds are oblong and round. They also have a deep olive green colour with shades of intense purple. You’ll also notice orange pistils dotting the bud’s surface underneath the layer of sugary-white trichomes.

A rare phenotype of the Runtz strain and the child of Zkittlez and Gelato strains, Pink Runtz sports an intense THC content of 23%-25%.

With such an illustrious reputation, this strain has a lot of riding on its shoulders.

With a name like Pink Runtz, it goes without saying that this strain is going to be sweet. Out of the bag, you’ll notice the aroma of sugar and candy. While faint, hints of fruit and flowers will also make their presence known as soon you crack open a nug! Branching away from its parent phenotype, Pink Runtz also has a unique tart note that serves to round out its sweet profile.

On the tongue, you’ll also notice much of the same. A thick smoke with a sweet, candy-like flavour will coat the entirety of your mouth while notes of fruit, berry, and cream tickle your senses. Without question, it’s Pink Runtz flavour that makes it stand out among the rest. On the exhale, notes that tart, citrus zest smooth out the smoke. One hit of its thick, creamy smoke, and you’ll want nothing more than to burn another one down!

If Pink Runtz’s flavour isn’t enough to entice you, its effects will. As a balanced hybrid, this strain delivers on both indica and sativa fronts. It is every bit as powerful as ‘pure’ strains! It just delivers both at the same time.

The high begins immediately after the first inhale. Beginning in the head, an intense sense of euphoria, laughter, and contentedness will seep its way into your mind. Creativity and sociability will follow shortly after. Let us warn you now – we’re not joking when we say that the effects are intense! Novice users should approach it carefully!

After the head high has firmly settled in place, Pink Runtz’s body high shifts into gear. Beginning in the back of the head, the high will spread from top to toe slowly. Consequently, you’ll feel each part of your body release tension and relax as this strain works its magic. Combined with its heady effects, Pink Runtz is the perfect strain for a cozy night in watching movies or enjoying a laid-back activity outdoors!

Finally, it’s these effects that make this strain such a hit with medicinal users. This strain is ideal for treating depression, chronic stress and mood swings. It also works well with nausea and fatigue.